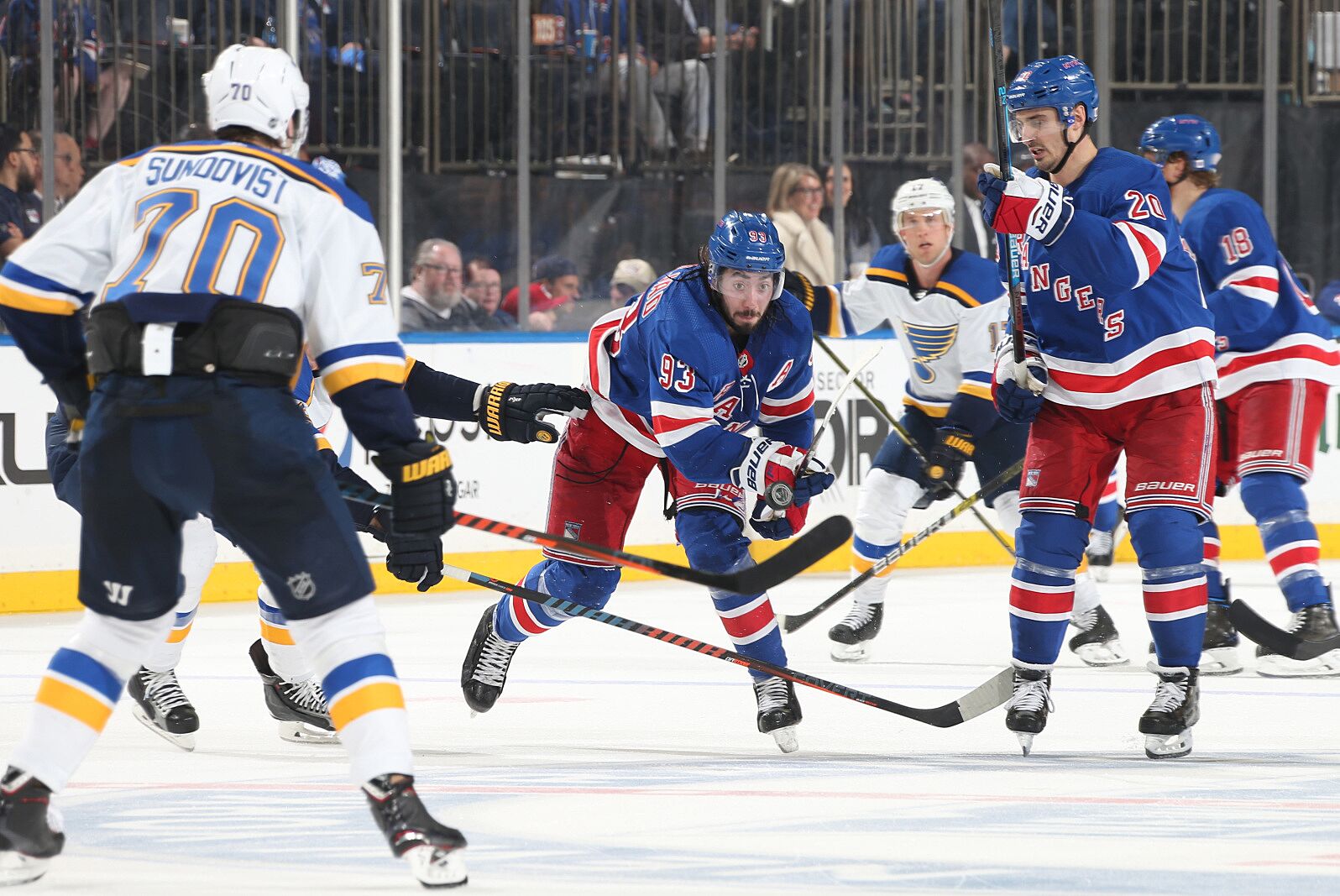 Mika Zibanejad #93 of the New York Rangers skates with the puck against the St. Louis Blues

The New York Rangers are riding a two game winning streak as they head to St.Louis for a big test against the defending Stanley Cup champions.

The St. Louis Blues are one of three teams that have established themselves at the top of their respective divisions.  The Bruins in the Atlantic, the Capitals in the Metropolitan and the Blues in the Central are the class of their divisions and this will be a tough road game for the New York Rangers.  Their record so far this season against those top teams is 1-2-1.  This is their first match this season against the Blues.

The Blues have kept up where they left off last season. On January 1, 2019 they were dead last in the Central Division with a 15-18-4 record and 34 points.  Since that time, they have played 90 regular season games and lost only 20 in regulation.  Their record has been an astounding 58-20-12.   Even more impressive, their goal differential.  On January 1, they had a minus-21 differential.  Since that date they have scored 288 goals and allowed only 222, a +66 goal differential.

There have been a number of games for the Blueshirts this season that can be described as benchmark games.  This is certainly one of them. The Rangers played two outstanding defensive games against Vancouver and Colorado then followed that up with an impressive 6-3 win over the Devils where they reverted to their undisciplined style, allowing 49 shots. Against a weak defensive team like New Jersey,  that will work, but if they attempt to do that against the Blues, it will be a disaster.

Next: About the Rangers
Next1 of 5Prev post
Use your ← → (arrows) to browse
Load Comments
Event Tickets
Powered by StubHub
Top Stories