The Rangers and the playoffs: Go for it by Curtis Jetter
How to get your Rangers hockey fix this weekend by Steve Paulus 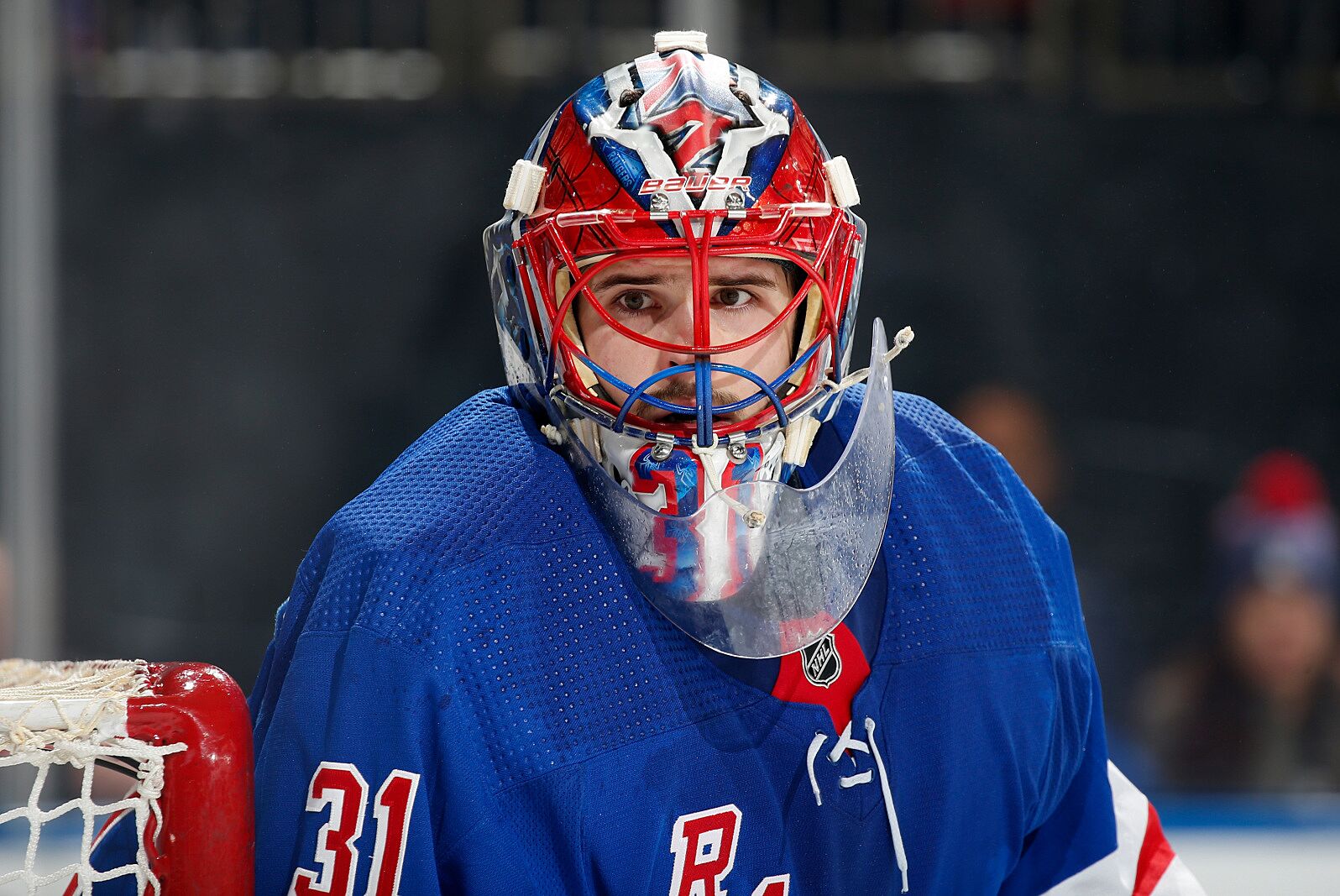 After the New York Rangers loss to the Islanders on Tuesday night, the team made some roster moves, assigning Igor Shesterkin and Phil Di Giuseppe to the Hartford Wolf Pack.

Igor Shesterkin hasn’t been seeing his usual workload since being called up to the New York Rangers.   The rookie netminder was called up on Monday, January 6 and in 15 days, he played three times including a nine day span when he didn’t even dress for a game.

That’s why it makes perfect sense for him to go back to Hartford while the big league club goes on a hiatus for the All-Star break and mandatory bye week.  Unfortunately, the AHL All-Star break happens at the same time, but there are two games this weekend for the Wolf Pack and it’s likely that Shesterkin will get the start in both.

Friday night the Bridgeport Sound Tigers come to Hartford and Saturday, the Lehigh Valley Phantoms visit the XL Center in Hartford.   Shesterkin has played  those teams four times already this season.  He won both of his starts against Bridgeport allowing three goals and was named the number one  star in one of the games. The Tigers are in last place in the Atlantic Division.

Against Lehigh Valley he notched a 4-0 shutout and was named the number one star and he lost a 2-1 decision in overtime, allowing one even strength goal.  The Phantoms and in seventh place (out of eight teams) in the Atlantic Division.  The Phantoms are the Philadelphia Flyers AHL farm team and they did the same as the Rangers, assigning goalie Alex Lyon and forwards Connor Bunnaman and German Rubtsov to Lehigh Valley during the NHL break.

After those two games, the AHL has  its All-Star break and it appears that Shesterkin will not play, though he was selected to the team.  He was replaced by Vinni Lettieri who will join Joey Keane representing the Wolf Pack on the All-Star roster.

Shesterkin is listed on the Rangers roster so he is unavailable for the game, a clear indication that the three goalie system will continue once the NHL season resumes at the end of the month.

When the Rangers take on the Detroit Red Wings on January 31, it will mean that in the 25 days since the team went to the three goalie system, Shesterkin will have played in six games, Alexandar Georgiev in three and Henrik Lundqvist in only one. For Lundqvist, he will have played in one game in a total of 28 days, a stretch that could go longer if he doesn’t start against the Red Wings.

Going for the playoffs